Some drawings, like this one, contain so many references  that it takes a while to explain them. The flag of Scotland, where the government just outlawed shock-collars for dogs. On June 17th, 1958 the designer/builder of the roller coaster at the Pacific National Exhibition  site in Vancouver was standing at the top of the highest point of the ride as it was reaching completion. He heard a terrible crashing sound and thought the entire thing was collapsing around him, but as he looked around, he could see no damage. What he had just heard was the collapse of another big project under construction about 2 kilometres away: the Second Narrows Bridge, now called the  Ironworkers Memorial Second Narrows Crossing to honour the 19 men killed in the collapse. On the right side of the panel is part of the snowman from the previous drawing. 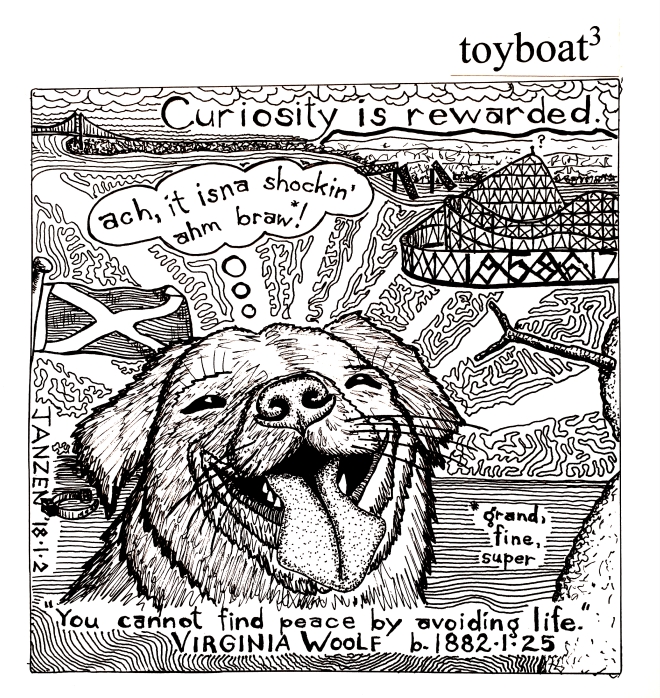